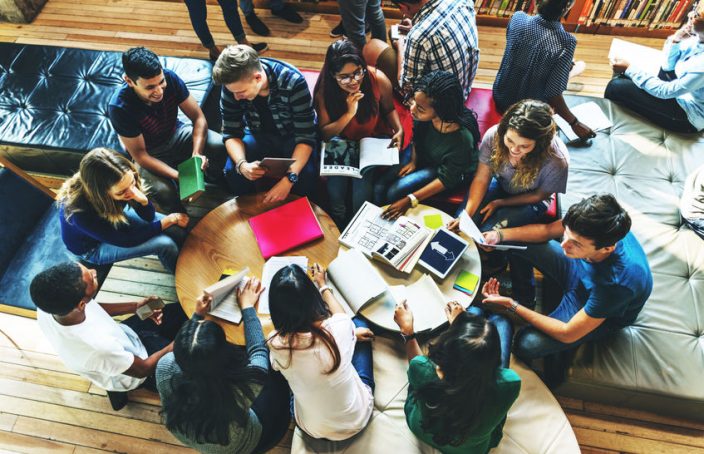 The considerable number of learners with a family language other than German poses a big challenge for all of those who are involved. Once again it must be suspected that, at the political level, their integration is regarded as being successfully completed once they have joined the educational system.

Actually, that’s when all the difficulties really begin. It is quite obvious that the notion of ‘migratory background’ is rather imprecise. Each of the newly arrived students has an individual story of migration or refuge; each one has a family language, an educational biography and an individual plurilingual background of their own. How could these conditions not be over-demanding for teachers in normal classrooms? And yet, these teachers in normal school education are left alone with the burden of securing adequate school education for these learners.

As opposed to this, school structures are hardly addressed at all in educational politics. Here is just one example: At the lower secondary grade levels, the inflexible structure of age-determined grade levels and classes remains unquestioned. If at all, this principle of the closed learning cohort is only temporarily suspended for the newly arrived and is replaced by (often two-year) (German) second language courses. However, more often than not this strict rule of maintaining age cohorts in grade levels in order to teach – with some variations from federal state to federal state – has dubious effects: 15 or 16 year olds, who have just arrived in Germany, are nonetheless sorted as 9th graders, expecting them to pass their secondary school exams successfully, independent of their language abilities and educational background. How can this kind of school education succeed? What can we do about the obvious problem that all concerned teachers, students and their parents cannot but anticipate that this endeavour is bound to fail from the new arrivals’ very first day at school.

Another structural (but also institutional and educational-political) question is, whether learning in schools should necessarily and exclusively be tied to the German language, or whether this monolingualism of school education can be broken open in favour of a multilingual curriculum across subjects, to varying degrees and in many different forms. It may be worthwhile to consider once again a proposal I made a while ago in connection with Content and Language Integrated Learning (CLIL). Content learning in a foreign language, as opposed to German as the exclusive language of schooling, could be one among several ways of accounting for the great difficulties (and the resulting pedagogical disadvantages) of those whose first language is not German.

Content learning in a foreign language may turn out to be a true alternative: A foreign language as the language of schooling would provide an equal comparative starting point for all learners (e.g. if German-speaking and non-German learners started to learn a foreign language together in the primary school or in the fifth grade). This way, those with no knowledge of German would find themselves at eye-level with their German-speaking classmates; their difficulties as much as their success would more or less resemble those of their German-speaking peers. Occasionally, new arrivals might even hold some advantages if they received school education in English or French in the country from which they fled or emigrated.

The foreign language as lingua franca

Under these conditions, teaching content in a foreign language could be a chance in German schools to offer all learners, independent of their native and family languages, similar starting and learning conditions. Content subject learning in a foreign language would not only constitute a transcultural discursive space, but it would also contribute to a plurilingual education that would reduce educational disadvantages due to the language background.

Of course, such a variation of school education would only be a small tessera regarding the development of structural and linguistic conditions of learning; it also depends on the human and organizational resources on which a school can rely. And, of course, precautions must be taken to ensure that over the years all learners become proficient users of the German language, too. Maybe it is possible to show that a foreign language as a working language is a chance, at least one among many others, that shouldn’t be missed.

More on the issue by Wolfgang Hallet