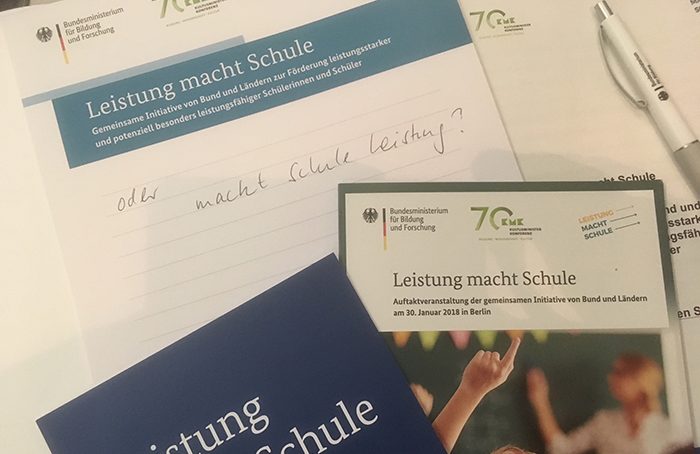 German Federal Minister of Education and Research Johanna Wanka invited actors and cooperating partners of the national research cluster “Excellence in School Education“ („Leistung macht Schule“, LemaS) to the kick-off event in Berlin on 30th January 2018. The research of LemaS is aimed at identifying and developing often latent excellency of potentially high-achieving students in school classrooms. 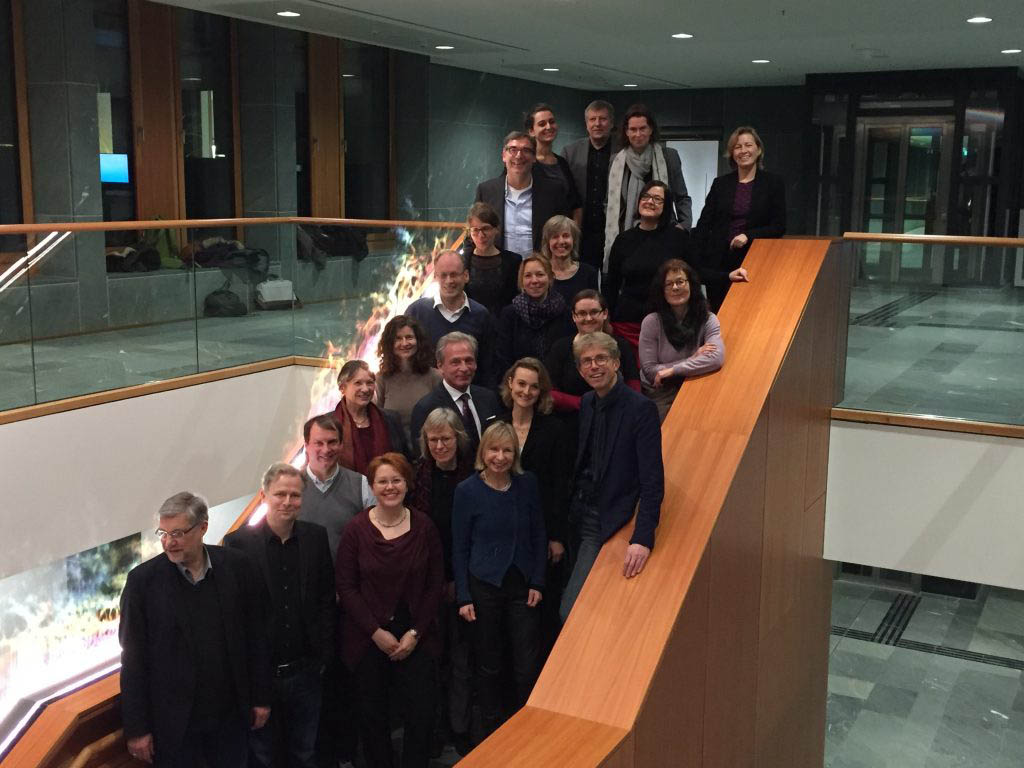 The researchers of the national research cluster „Excellence in School Education“ („LemaS“, Leistung macht Schule) in the German Ministry for Education and Research in Berlin, 29th January 2018

The author of this blog is himself a member of this research cluster with a project focussing on the English as a Foreign Language (EFL) Classroom.

This project is centred on the concept of the complex task. With its orientation on problem-solving it is particularly suited to challenge and identify outstanding cognitive, linguistic-discursive and interactional achievements. The project also includes empirical classroom-research and aims to develop and systematize monitoring and evaluation criteria together with participating teachers. 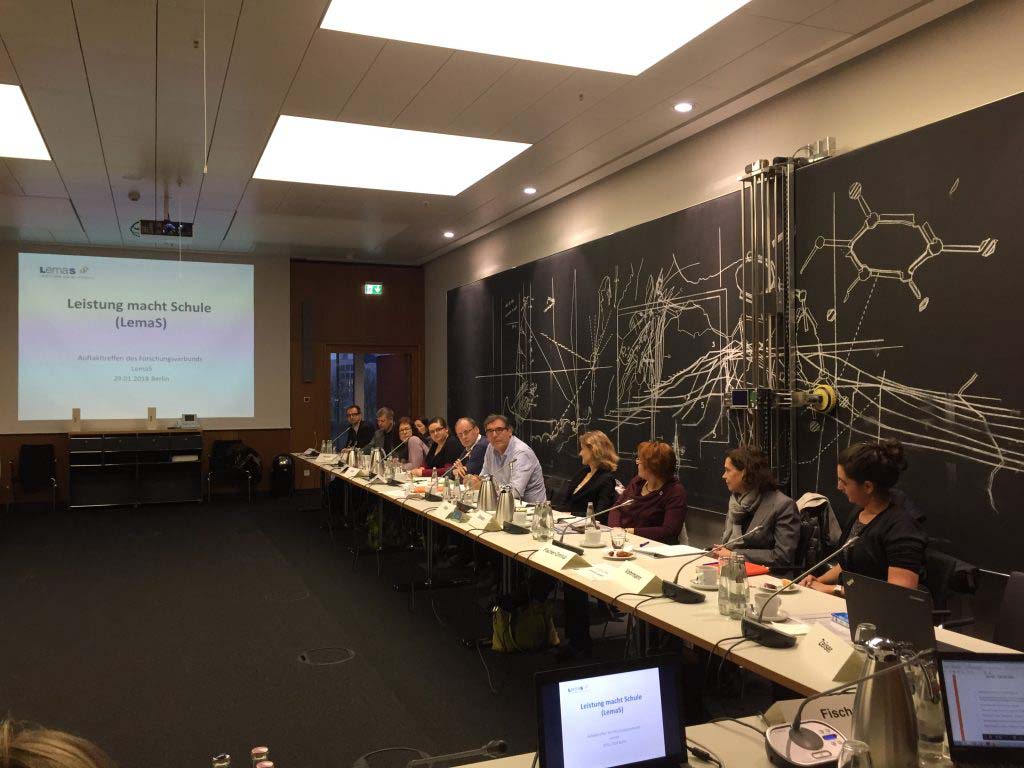 Meeting of the researchers of the national research cluster „Excellence in School Education“ („LemaS“, Leistung macht Schule) in the German Ministry for Education and Research in Berlin, 29th January 2018.

The Berlin kick-off event of this joint initiative from the national government and all German federal states for the advancement of highly capable students marks the official start of the national project “Excellence in School Education”. 300 participating primary and secondary schools from across the nation will be scientifically accompanied and supported in developing the school, its mission statement and networks (core module 1) and in identifying and supporting potentially high-achieving students in regular classrooms (core module 2)

In close cooperation with the schools, using their needs and requests as an initial foundation, practical pedagogical processes will be initiated and accompanied on a scientific basis. Concepts, procedures and materials will be developed, tested and evaluated. The official kick-off of the project paves the way for the matching of the schools and the individual research projects, with an intensive cooperation planned in the coming years. The concepts that will be developed, tested and evaluated in the first funding period will be transferred and applied to other schools across Germany.