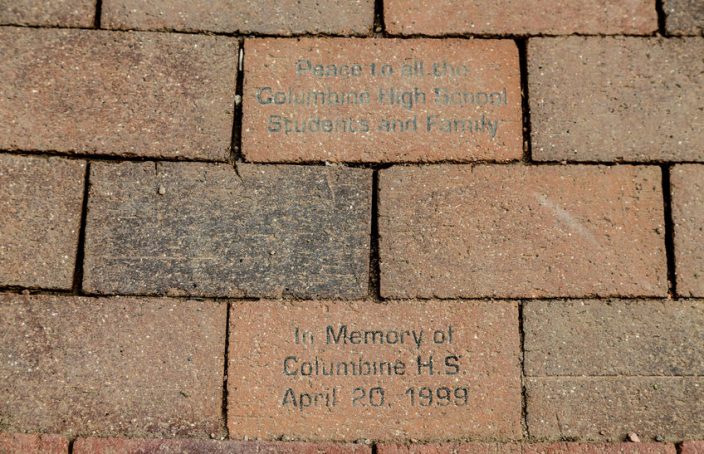 The current debate about factual and counter-factual assertions and news suggests that there is a distinguishable boundary between fact and fiction. However, things are more complicated than this, despite all the need to adhere to facts and to insist on the value of truthfulness. Societies are always also built on cultural imaginations, which to a considerable degree feed on the fictions of literature and film. This fictional dimension must be seen as precarious because its object is the undeniable physical extinction of (mostly young) human life in school shootings like the one in Columbine in 1999. However, it is precisely this inexplicable nature of such acts that leads to fictionalisation and thus makes them narratable. In her thesis titled Approaching the Inexplicable. The Fictional Dimension of the School Shooting Discourse (November 2017) Silke Braselmann, PhD student at the International Graduate Centre for the Study of Culture (GCSC) and at the Department of English at Justus-Liebig-University Giessen (JLU), has studied this phenomenon in depth. Silke Braselmann at the GCSC in April 2018

Silke Braselmann has just been awarded the prestigious German Research Award 2018 in the Humanities and Cultural Studies section of the German Koerber Foundation for her excellent and socially enormously important work. The foundation thus acknowledges that Silke Braselmann’s research has approached a pressing question of the present in an enormously productive and convincing manner and traced the work of complex social processes.

More about the German Research Award 2018 of the Koerber Foundation

The fictional dimension of school shootings

Silke Braselmann has succeeded in analyzing the complex relationship between brutal empirical facts and cultural imagination in a field that can be regarded as paradigmatic for the emergence of the cultural imaginary (Winfried Fluck). On different levels she meticulously traces the fictional dimension of school shooting discourses. Her central assumption is that culturally and individually the representations and narratives of school shootings cannot be regarded as empirically verified representations of such excesses of violence. This is evident since the (almost always male) perpetrators, their deeds and their motives cannot possibly be directly observed. Therefore, every statement on and representation of school shootings feeds on prefigured discursive representations, culturally available imaginations and cognitive scripts, all of which add a fictional dimension to everything that is seemingly factual. In this way, this as much as our entire reality is always as real as it is imagined (real-and-imagined, as Edward W. Soja said).

One of Silke Braselmann’s pioneering achievements is the integration of multimodal youth novels into her corpus of primary texts. For multimodal novels such as Give a Boy a Gun (Todd Strasser, 2000), Shooter (Walter Dean Myers, 2004) or Big Mouth & Ugly Girl (Joyce Carol Oates, 2002) she is able to demonstrate that these literary texts, by presenting various semiotic modes, narratives, documents, fragments of memory, images and self-testimonies, may offer us ways and perspectives for our interpretations and the construction of meaning, but they cannot produce any certainty. Thus, a novel leaves us in the same position as any juridical reconstruction of a crime case. Silke Braselmann is able to show that multimodal youth novels take up communicative, social and journalistic practices and play them back into the lifeworld in a reflective way. This way these novels turn out to be very effective forms of the cultural negotiation of these dramatic experiences of violence. Almost in passing Silke Braselmann is also able to assign to the rather underestimated literary genre of the youth novel the place it deserves in the repertoire of culturally formative forces.

Research as a struggle for humanity

As a supervisor of such a doctoral thesis (my esteemed colleague Prof. Dr. Jörn Ahrens, Sociology, JLU, was the second supervisor) one is constantly witnessing and accompanying the struggle for an adequate understanding, the theoretical modelling and the appropriate language for the inexplicable with which one is confronted through the cruelty of young people’s deeds throughout the entire time of work on the project. One cannot close one’s eyes to the atrocities, one cannot simply look away, but, on the contrary, one must face the violence, the physical and psychological devastation, the shocking inhuman nature of these juvenile acts of violence. Such a research project makes us aware of how literary and cultural studies research projects face us with human abysses and, just because of this, the need to stand up for humanity in our societies. Silke Braselmann succeeded to do so in a sovereign manner.

Find a teaching proposal on school shootings (in German) in this blog of the Teaching English as a Foreign Language journal Der fremdsprachliche Unterricht Englisch.