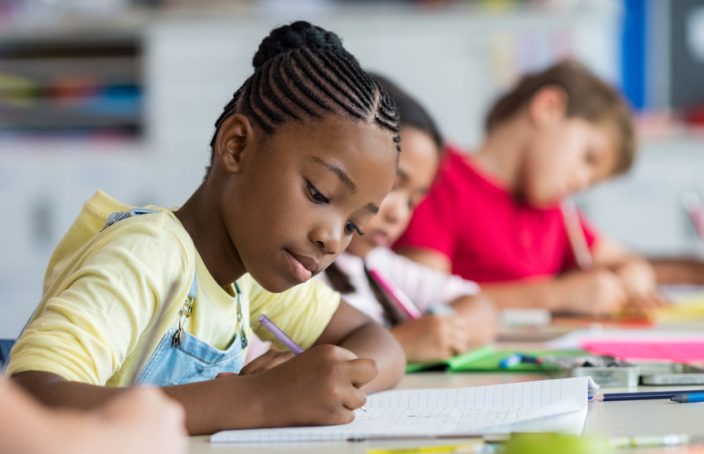 Linguists distinguish between a formal approach to the language system and the communicative language use in culturally embedded situations (langue vs. parole with de Saussure 1916). As a consequence, the basic unit of language description and analysis is different. Whereas structural-generative linguistics takes the sentence as the central category, functional linguistics sees the genre (ie. a discursive text form) as the fundamental entity of a usage-based explanation of the semiotic system. Apart from the topical “field”, “tenor” and “mode” play major roles in the shape of a genre (Halliday is a leading proponent of the functional approach and his terms are being used here). It has to relate to the recipient’s expectations and the modality of the discourse (coherent spoken or written language plus distinctive features of the medium employed).

The functional approach to language use has shown that all content learning in the various domains of a curriculum is also language learning – the explanation being that the species-specific property of human beings is verbal thinking (cf. Vygotsky 1966). Thus, school learners have to get a grip on different registers of language use: everyday / colloquial language as opposed to the academic language of the various subjects. These two fundamental variants of usage-based communication via the symbolic system of language are not identical, since the language of schooling is syntactically more complex as well as semantically denser and more abstract. Academic literacy usually develops with a learner’s advancing age; in Halliday’s words: it becomes more “non-congruent”. Another feature of academic language is its written nature; not to forget that the way of reasoning may be different from experts from a particular domain in comparison to the thinking of a lay person using everyday language. In Germany e.g. animals cannot inherit all your money, property etc. because they are conceptualized as ‘things’ by the legal system (including lawyers). It is now 40 years ago that Cummins (an Irishman who emigrated to Canada) submitted his “interdependence”-hypothesis: According to this assumption the successful learning of one language (it need not be the first one) results – similar to an iceberg – in a “common underlying proficiency”, which makes up the core of academic literacy in the different domains of the educational system (the deeper reason being verbal cognition).

Ever since the year 2000 the various PISA studies have pinpointed the fact that success in school in Germany correlates highly with the social background of a learner or the socio-economic status of his/her parents. This empirical finding brings up essential defaults of the German school system. Why? Because school should not rely primarily on the “cultural capital” (Bourdieu) ‘inherited’ by the learners from their family. It is up to the instructional process itself to get the parameters right for the success of its students. The development of academic literacy is (biologically speaking) an ‘epigenetic process’, which is to say that it can be influenced positively on the level of expression by the nature of instruction. Processes of this kind cannot be allocated alone to a learner’s dispositions, ie. his/her genome. All in all, instruction has to be ‘language-sensitive’ (Leisen) to support the development of academic literacy (which certainly includes the individual learner’s effort). Subject-matter teaching needs the deliberate promotion of abilities: handled systematically in all domains of the curriculum and continuously at all stages as well as all types of schooling the educational system has to offer.

This attitude shows itself mainly in the amount of scaffolding provided by the teacher (cf. Vygotsky, Bruner, Hammond & Gibbons, Thürmann, Hallet et al.). The stages model, illustrated by an example for an argumentation (exposition) in the primary classroom (after Piepho 1996, p. 18; model from: Hallet 2016, p. 91)

It is not only related to lexical support, but realises verbal, visual or graphical and social components. It gets administered for a limited period of time, including needs-related help when learners encounter difficulties. Note that many anglophone countries (like Australia or Canada) operate the ‘genre approach to writing’, despite the problems of time and language awareness it causes (learners have to know, eg., about the stages of a genre). Thus teachers (but also parents) may be up in arms.

Genre learning as a goal of school education

My position: We live in a knowledge society, and the mastery of conceptual thinking needs generic writing. Discursive-generic language use is the most important ‘cognitive-cultural tool’ human beings have available to them (Vygotsky). In view of a pragmatic educational theory (founded by Dewey) scholastic institutions prepare learners for life after school plus the communicative participation in the respective society (ie. the ‘assimilation of the world mediated via language’: W. v. Humboldt’s idea of Bildung). Genres will be produced in the future, too.