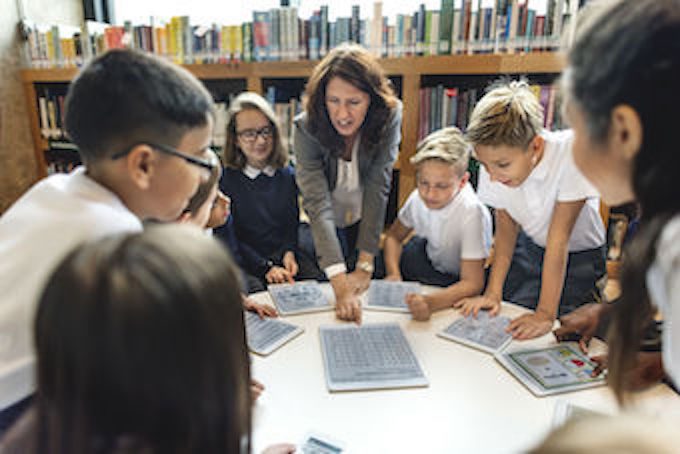 It should be noted that, on the credit side, the educational standards have brought about new pedagogical thinking by drawing attention to the outcomes of learning processes, teaching units and whole educational programmes as well as to the abilities of the individual learner. This is accomplished by asking what skills and knowledge learners are supposed to have acquired at the end of their lower or upper secondary education. This outcome or competence orientation has occasionally, but unjustly been criticized and been played off against the notion of Bildung, the educational mandate of the school. However, it cannot be disputed that the goals of school education can only be achieved if young people possess all the abilities, knowledge and skills that they need for successful, reflected social participation and shaping of the world, for a self-determined life and for democratic citizenship – the global goals of school education and Bildung.

The narrow concept of competence in the educational standards

As a matter of fact, the educational standards (albeit not in all school subjects) have contributed to this misunderstanding of competence orientation and Bildung, because they have narrowed the concept of competence and reduced it to testable skills and reproductive knowledge. The mere acquisition of the foreign language skills of reading, writing, listening and speaking, often in an unnatural isolation of some of these skills, can indeed not be regarded as Bildung. As against the can-do descriptions of skills, relevant topics, challenging questions and culturally and socially significant content play virtually no role in the skills curricula, nor does literary-aesthetic education.

One of the most negative mechanisms is an almost inevitable teaching-to-the-test effect since virtually almost all didactic orientations are subordinated to the achievement of narrowly defined skills and language abilities. Many teachers feel constrained by the curricular requirements; they hardly have any room for decisions of their own, and certainly no free spaces to fill in accordance with the interests and needs of their students. Such a curricular deformation of foreign language learning makes it easy to critique competence orientation as a whole.

If the new educational standards are really to be new – and they must be renewed! – then some fundamental concepts must change:

1 The objectives of school education – Bildung– and foreign language learning must be reconciled. If, as the educational standards for the upper secondary stage stipulate, foreign languages discourse competence is the primary goal of foreign language learning, then foreign language learning and teaching must commit itself to the educational goal of cultural and social participation in the foreign language, of developing a self-determined personality and the corresponding ability to express and articulate oneself in the foreign language. Only then do relevant interactional contexts, social and personal situations as well as social and cultural issues come into view in which young people should learn to move and prove themselves in a foreign language.  2 All communicative, social-interactional and literary-aesthetic practices and experiences that define communication and sociality in today’s digitalised and globalised societies need to be integrated into the concept of discourse. Such an open and broader concept of discourse is necessary in order to integrate all the forms and modes into foreign language teaching and learning that are actually used in everyday communication across all cultural spheres. Therefore, digital, visual, diagrammatic and other literacies, and above all their combination in multimodal acts of communication, need to be taught and learned as much as the traditional literacies of writing and reading. 3 21st century societies are marked by migration and by global and transnational mobility in the economic, cultural and personal domains. The transcultural conditions of people’s lives, experiences and knowledge can no longer be conceptualized as a binary constellation between ‘the self’ and ‘the other’. Therefore, as a theoretical frame, interculturality has become increasingly inadequate. With regard to the highly dynamic field of the cultural lives people live in contemporary societies, it makes sense to simply conceptualize the whole pedagogical field as ‘cultural learning‘.

Read more in the posts on the intercultural paradigm, on transmigration and on the migration society in this blog.

4 The pedagogical function of curricula needs to be redefined. They must no longer be regarded and treated as scripts for the classroom that determine the entire learning time. Instead, they must become frameworks that create a space for teaching and learning that learners and their teachers can fill themselves. The most important formal instrument to create free spaces for teachers and learners is a clear quantification of how much of the learning time teachers and their learners are allowed to fill completely autonomously, unregulated by the curricula.

Only with such a concept of curricula will the actors of foreign language teaching – teachers and their learners alike – become self-determined masters of their own teaching and learning processes instead of being heteronomous servants of curricula.

In these new publications in 2019 I am adresseiig the above issues in more detail: