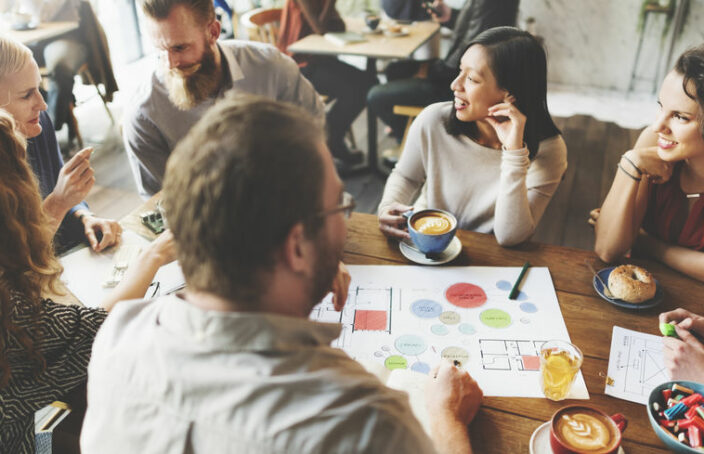 The German national research project “Leistung macht Schule” (LemaS – Excellence in School Education) has set itself the goal of researching ways of recognizing learners’ talents and promoting them that are new in many respects. This is not least because it goes beyond traditional concepts and methods of educating the gifted (including diagnostics and various pedagogical tools such as the ‘revolving door’ model); instead, it considers the identification of talents as a general pedagogical and didactic approach for a whole school and every classroom. This is one of the reasons why, in Teaching English as Foreign Language, we consider the model of the complex task as a didactic tool of activation, identification and promotion of talents in regular classes and learning groups in all types of schools. This is possible because the complex task, like the open and personality-oriented concept of supporting and promoting talents in LemaS, is based on a holistic notion of all learners as personalities with (often undiscovered) talents and potentials.

However, this national project is not designed to ‘research’ school and classroom processes in terms of traditional empirical educational research. This, like scientific research in general, is characterized by a “theory-practice opposition” (“the old paradigm separation between the roles of researcher and subject”; Heron, 1996, p. 27) with clear role attributions and research practices: The researcher identifies and constructs research subjects concerning schools and teaching practices. They then create an empirical research design and observe, describe, and often evaluate them in a supposedly neutral manner. School practice, on the other hand, remains an object of research and is not supposed to be involved in research. From the point of view of research theory and ethics, this distinction is even considered necessary in order to achieve valid (or ‘objective’) results. Thus, the division between theory and practice has become firmly established in the attitudes of the actors themselves: research here and practice there: “The division between research and practice is legendary” (Bryks, 2015, p. 475).

Beyond the research-practice divide

However, in foreign language didactic research (and in general pedagogy), there are definitely approaches that intend to overcome the somewhat unspeakable division between academic research and practice. The following two approaches are the most established ones.

This approach from the early 2000s is characterized by the researchers’ direct reference to teaching/learning contexts. Researchers intervene with a pedagogical design that they offer for implementation. This way, the research design is directly aligned with the teaching/learning environment (understood as innovative). The research-practice gap is thus reduced by incorporating teaching practices into the research design from the beginning. However, there remains the divorce between science and practice. Even the guiding principle of close “collaboration with people in practice” (according to Reinmann in a foundational paper in 2005) perpetuates the binary research-practice opposition.

The action research approach emerged mainly in the 1990s. It is particularly well established in foreign language didactics. At first glance, as the name suggests, it seems to overcome the problem of separating practice from research and to locate research in practice itself. However, this approach raises the question of how pedagogical research is anchored in scientific disciplinary contexts, so that, as Daniela Caspari (2016: 13) notes, there has always been a debate “about whether or to what extent this is actually scientific research.” In practice, however, teacher research was usually accompanied and monitored by scientists, so that the standards of scientific research were ensured.

In the LemaS (“Leistung macht Schule” – Excellence in School Education) network, the situation is different in that it was clear from the beginning that the researchers would not approach the schools (of all school types) and teachers with ready-made concepts, teaching/learning designs, or development programs. Rather, it was and is their goal to collaborate with schools and teachers in order to develop approaches and concepts for the identification and support of talents and individual cognitive potentials. This is done in a most adaptive way, i.e., concepts and approaches are very closely tailored to the conditions of the school, to its level of development and its programme, but also to the students, whole classes as well as individuals.

Of course, researchers brought and still bring their own concepts, models or instruments to this kind of research. But it is crucial that schools and teachers also approach the implementation and development of concepts with a (self-)evaluative, research-oriented and science-based attitude. Conversely, researchers join teachers in the midst of their pedagogical and didactic developmental work. At the same time, they accompany and research this developmental work academically, including their own work. In terms of classical empirical educational research, this could only lead to firmly subjective research results. However, LemaS has a correspondingly different idea of the tasks and purposes of educational research: it must be an active player in school education, feel responsible for developing schools, classrooms and teaching practices further, and must therefore actively collaborate with all those involved. This is what is called practice research, conceived as “participative research with people” (Heron 1996: 27).

Probably, what is needed is a new concept of educational research that is not built on ‘intervention’ and that is capable of bridging the research-practice gap: If one believes that educational research also has an educational mission and is itself directly committed to the education of young people, then such issues must be accepted, actively and conceptually addressed, and possibly endured as paradoxes.