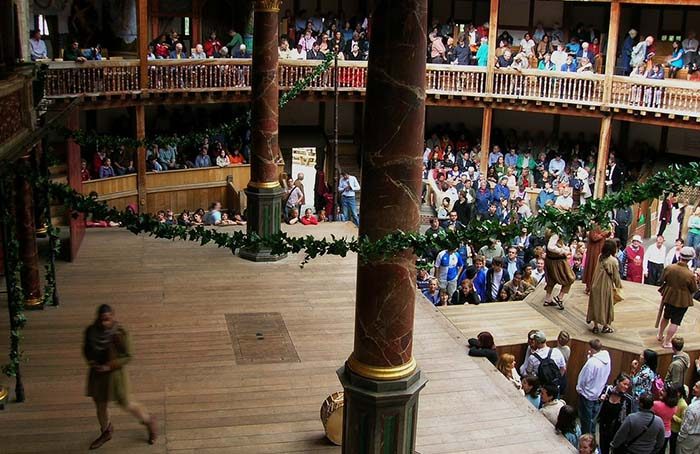 Even until today there has been a persistent view that Shakespeare’s plays negotiate universalisms in a time-transcending manner (love, hate, enmity, death). Regularly, these assumptions must serve as reason that Shakespeare “is still contemporary”. That’s more than astonishing, considering he died exactly 400 years ago. The societal and political order, which he so distinctly presents and considers, has long disappeared. The cultural representations of notions such as state, authority, family and gender are obviously well outdated. And finally, the representations of a world order ordained by God, which serves as proof for the legitimation of tyrannical, absolute power in a monarchy, is simply untenable in an enlightened, democratic society – although the supposed will of God is cast in a new light and in a new manner in unsettling circumstances today.

How can students gain access to effective historical realities in Shakespeare’s plays?

Because of the reasons mentioned above, a direct connection to Shakespeare is unattainable when considering the historical distance and differences. Shakespeare’s sense of family and understanding of power, authority and violence in his plays, including love and the position of the individual, are simply not compatible with those of the 21st century, especially in a Western, open and enlightened society. Exactly at this point the matter is called into question: How does one act when confronted with the differences between Shakespeare’s conception of being human and the humans’ position in the world as compared to those of our own in the 21st century?

The students in my Shakespeare university seminar (2016), future English teachers, worked hard to develop and discuss these unresolved and difficult questions. Here are the questions they developed:

Taking a closer look, one will recognize that in essence these are questions par excellence of a theoretical-educational and pedagogical nature which may be summed up in our discussion of Hamlet: “Why Shakespeare?”. These are the diagnoses and conclusions that were discussed by the students and documented by me in the following notes. In Shakespeare’s Hamlet we read and see, they said,

Essentially, Hamlet deals thematically with the collapse of long-standing systems and their ethical principles. The central metaphor in which Shakespeare casts the structure of fixed medieval ways of thinking through godly-ordained order is the theatre itself (‘All the world’s a stage’). In Hamlet, the truth about old Hamlet’s death is revealed on the theatre stage whereas all the ‘real’ people around young Hamlet engage in covering and concealing this truth.

The staging of reality and the theatricality of everyday life

This leads to fundamental epistemological questions of what we can possibly know: On the one hand, if reality is best captured and presented on the theatre stage (as is the case in Hamlet, where the players act out old Hamlet’s murder), what can we then reliably know about it? On the other hand: If reality conceals the truth, and all we see and know in our empirical reality is actually staged, this raises questions about the staging of reality and its theatrical production, about the theatricality of everyday life and about the (im-)possibility of a reliable knowledge. Therefore, Hamlet is a unique opportunity for foreign-language literature courses to discuss these questions of realities that are fabricated and of fictions that are real.

Nearly all of Shakespeare’s plays allow students to experience the scripted character of reality, the everyday and medial mechanisms of the theatrical production of realities, and the performative effects of their own verbal and physical expressions. As cultural performers, students become aware of themselves as ‘actors in everyday life’ through reading and acting Shakespeare. They are thus capable of experiencing and questioning their own ways of acting and playacting and the realities they are themselves producing.