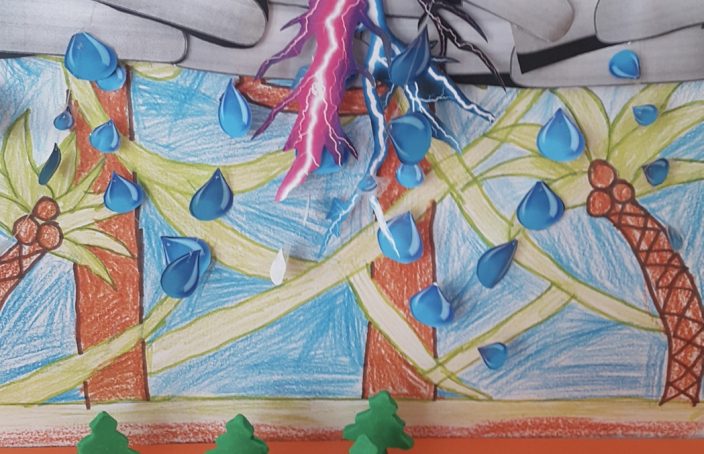 I happened to have the opportunity to do an Erasmus-Plus Internship in a CLIL (Content and Language Integrated Learning) school in Valencia as a teacher assistant. During my internship, my school was taking part in an Erasmus_Plus co-funded project called VITAL: Approaches to Using Visuals in Teaching and Learning (link see below). The idea of creating a stop motion video came from my two mentor teachers who were also taking part in this project. The stop motion videos were created by third graders aging from 9 to 10 in groups of 4 to 5 students.

What is stop motion?

Stop motion is an animation technique which is done by taking pictures of every movement in front of a background and then sequencing the images so that it looks like the objects are moving.

These are the steps in which we proceeded:

Students chose a background that they created in the art lesson and they brought toys, Lego characters and bricks or we provided them with different colours of plasticine. In a small group discussion, they decided which characters they wanted to use. Then the students created their story in the manner of a storyboard, including the characters, the setting and the plot, and wrote it on the board.

5Creating dialogues: Students also wrote dialogues for each scene and created speech bubbles for the dialogues. Later on, these bubbles were attached to transparent fishing lines or nylon threads. 6Action!: All the necessary pieces were fixed on a wall or stable ground which had sufficient lighting. With the help of a camera and a tripod, each movement of the story was captured in a single photo. A one-minute video is composed of approximately 300-350 pictures. Then the photos were sequenced by the teachers with the help of a movie-maker program or a stop-motion application. 7Music: Once we finished the shootings, students chose a piece of music that could be added to the film.

This is the stop-motion film The Farm and the Farmers (music track blocked for copyright reasons):

All the time and energy spent on this activity is worth it when seeing the students smile and being proud of their work when they watch their own movie! 🙂

Alternative use of stop motion

Stop motion can also be used in History lessons to teach a historical event, Biology lessons to show how certain organs work, Chemistry lessons to demonstrate how certain molecules interact etc. Also, this activity can be used with every age group. Young learners need assistance with using the tools but after primary school, students can very well work on their own and present their movies as a project.