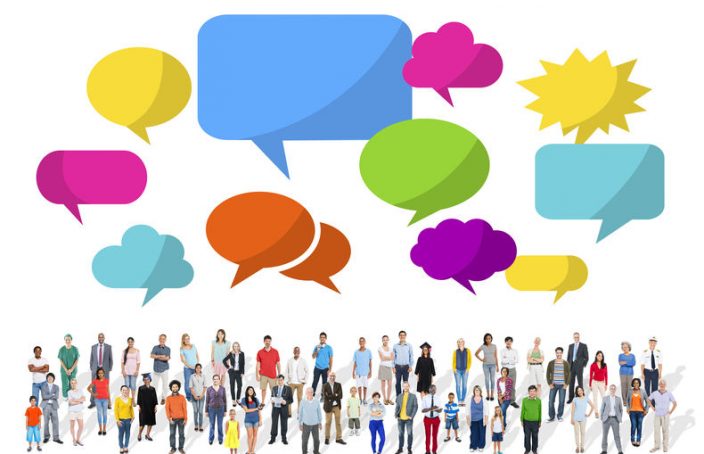 In former times the ideal of language learning was the imitation of the native speaker. However, today’s learners are exposed to a multitude of languages in their own natural social and cultural environment. English has become an almost natural part of everyday communicative life. Not least on the Internet, and for young people in particular, it has become a global standard language of communication. Also, many other communicative situations bring with them the need to communicate in a foreign language and to provide information about oneself, whether that’s in a formal or in a more personal way.

Today we almost naturally encounter in the foreign language life schemes, biographies, experiences or ways of thinking and imagining in life-world (often medial) contexts. Here, texts and images from other social and popular cultures or representations of life styles with their global circulation and omnipresence take on a particular role. Often enough, learners write and insert narratives and identities of other people living in foreign-language cultures into their own lives and personalities, leading to linguistically and culturally pluralized selves.

In terms of language learning and multilingual selves, this includes the exciting realization that experiences and visions can also be expressed or told in another language and that it is precisely through this that the self develops a new identity as a multilingual subject in Kramsch’s sense (2010: 201),

having the choice of belonging to different communities of sign users, resonating to events differently when expressed through different semiotic systems, positioning oneself differently in different languages, and ultimately having the words to reflect upon this experience and to cast it into an appropriate symbolic form.

Thus, young people are able to experience the foreign language as a symbolic form that equips them with previously unknown possibilities of speaking and narrating, a new symbolic power, as Claire Kramsch (2010: 13f.) says. They experience themselves as people who are also capable of living in another language and who have something to contribute to the lives of people of other languages, thus even enriching these people’s language and world of signs in a productive and creative way (Kramsch 2010: 7).

The affective dimension of language learning

Foreign language learning is therefore not only directly involved in transcultural communication or interaction and the constitution of transcultural identities, it also enables learners to develop a completely different, non-functional, rather affective relationship to foreign languages:

Beyond information, they trigger emotions and shape feelings that exceed their informational value. In so doing, they shape the meaning we give to ourselves, as makers and users of signs.” (Kramsch 2010: 40)

The global goal of foreign-language discourse competence thus takes on a very particular personal and personality-relevant shape: learners can experience themselves as individuals who have something to say about themselves in various languages and in a language of their choice.

Bildung: The formation of plurilingual personalities

With its opening task in the first round, the Federal Foreign Languages Competition intends to increase the visibility of the potential of other languages to build personalities and their power to apprehend foreign language worlds. The task is to present in a short video a real, historical or fictional person who is of particular significnace to the participating student, whether this person is a role model or, as Constanza Vera-Fluixá says in her Spanish video on Frieda Kahlo, ‘an inspiration’. Constanza’s great video shows in an impressive manner that the artist she chooses as ‘her’ personality does not remain external to her: Not only is Frieda Kahlo the (fictitious) addressee of a personal letter in Spanish, but as she writes her letter, Constanza transforms herself into the very artist she admires. Thus, the foreign-language video is itself a work of art that offers the young video author a new symbolic and linguistic form of self-expression.

Reference: Claire Kramsch (2010). The Multilingual Subject. What Foreign Language Learners Say about Their Experience and Why It Matters Matters. Oxford: Oxford University Press.