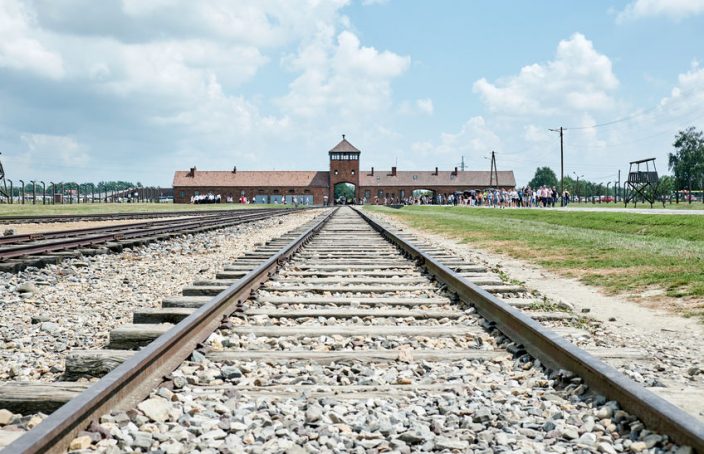 It is a sad truth that the world is full of stories and testimonies of Holocaust experiences. Many of them, like Judith Kerr’s novels, are survivor stories that bear witness to the possibility of standing up for the victims, of protecting those who were persecuted and of giving children a new family. The didactic finding, on the other hand, is depressing: The Holocaust is not a topic in the English classroom, and perhaps not in foreign language classroom in general. It is not coquetry when I say that, in this respect, practically nothing has changed as compared with my findings at the beginning of the 2000s. And that is in the 75th year of the liberation of the prisoners of Auschwitz.

Judith Kerr died on 22 May 2019. She was 95 years old and was one of the witnesses of the century who, as a child, had to flee from the Nazis with her Jewish family across several European countries and stations. Her novel When Hitler Stole Pink Rabbit (1971) is one of the few literary testimonies of a childhood under the Holocaust that have found their way into school – albeit often enough into the German rather than the English classroom. This novel was followed by two others that tell the story of young Anna, about the family’s hardships during the bombing of London by the Germans (Bombs on Aunt Dainty, 1975) and about her return to Germany with memories of her childhood and very depressing experiences such as her mother’s attempted suicide (A Small Person Far Away, 1978).

The Holocaust in the foreign language classroom

Unfortunately, Judith Kerr’s life and work, with moving and loving stories in the face of cruelty, are not really known in the foreign language classroom in Germany, although her children’s picture book The Tiger Who Came to Tea (1968) or her Mog the Cat series are part of Great Britain’s cultural iconographic inventory. Holocaust Survivor narratives are evidence that humanity can be preserved, or at least made to appear, in the midst of genocidal violence; that, as Ruth Klüger puts it in her autobiography weiter leben. Eine Jugend (1992), humanity can be preserved. In her re-learned German language she says that “precisely in this perverse Auschwitz, the good par excellence existed as a possibility, as a leap beyond the given.” (Klüger 1997: 136). We must give such Holocaust Survivor stories and these memories a place in the English and the foreign language classroom.

The relevance for the English classroom is evident from the sheer fact that a great many fictional and non-fictional autobiographical testimonies in English tell of Holocaust childhoods. This is no coincidence: many Jewish children – many of them without their parents and siblings who were deported to the death camps – have found a new home and a new language in the USA or, like Judith Kerr, in Great Britain. In a haunting and unforgettable way W.G. Sebald recounts the trauma of the Kindertransporte to Great Britain in his novel Austerlitz (2001). These transports saved the lives of many Jewish children from all over Europe but separated them forever from their parents and families.

A more recent youth novel is Markus Zusak’s novel The Book Thief (2005), which, from the perspective of young Liesel, tells of a family that gives shelter to a Jew. Other great literary and cinematic testimonies include Steven Spielberg’s Holocaust film Schindler’s List (1993) and the novel on which it is based (Keneally 1982), as well as the video narratives by Holocaust survivor witnesses (which are available online at the Shoah Foundation Visual History) or Art Spiegelman’s two-volume graphic novel Maus (1986, 1992). So, there is a large number of sources, texts and images available. Many of them, such as Art Spiegelman’s Maus or the French-Catalan graphic novel Le Convoi (2013; cf. Hallet 2015) build a bridge from the terrible past to our present themselves by thematizing and problematizing the acts of remembering and narrating. We only have to walk these bridges together with our students.

The urgency of cultural memory

The renewed rise of racism and anti-Semitism, the presence of refuge and persecution in our schools and classrooms, and, last but not least, the steadily decreasing number of living witnesses of the Holocaust urge us to face the historical experience of the genocide and the extermination machinery of National Socialism with devastating consequences for the victims, but also for the German society that is responsible for it.

The history of our own schools

Unfortunately, research into the history of one’s own school also often enough brings to light stories of anti-Semitic discrimination, flight and deportation. These stories, like Kerry Weinberg’s memories of the end of her time at the girls’ secondary school in Trier (the forerunner of today’s Auguste Viktoria Gymnasium, ‘my’ school), need to be part of the cultural memory of a school and the surrounding society (cf. Hallet 2003). In English (as a second language) Kerry Weinberg recounts how the time when Hitler came to power changed everything: her friendships at school, everyday family life, public life:

„It was Saturday, April 1, 1933 […]. On that Saturday, I walked home alone through the familiar narrow one-way streets of the business section, bordered by mostly Jewish-owned shops and department stores. The usually crowded, very lively area had turned into a ghost city – all the stores were closed, the streets deserted. The entrances were guarded by uniformed stormtroopers and huge posters displaying predatorial caricatures of Jews and slogans from Der Stürmer. The Nazi newspaper covered the walls and windows everywhere. My Catholic co-students, with whom I had been very chummy until recently, had probably been prepared for that boycott and hate demonstrations in their new organization, the BDM, Bund deutscher Mädchen (League of German Girls). However, I was completely shocked: the only Jewish girl in my class and one of two in our girls’ school.” (Weinberg 1997, part 1)

We need to read such stories to keep the memory of these and even worse days alive. Days like these must never happen again; for we can know that they will end in murder, war and destruction.