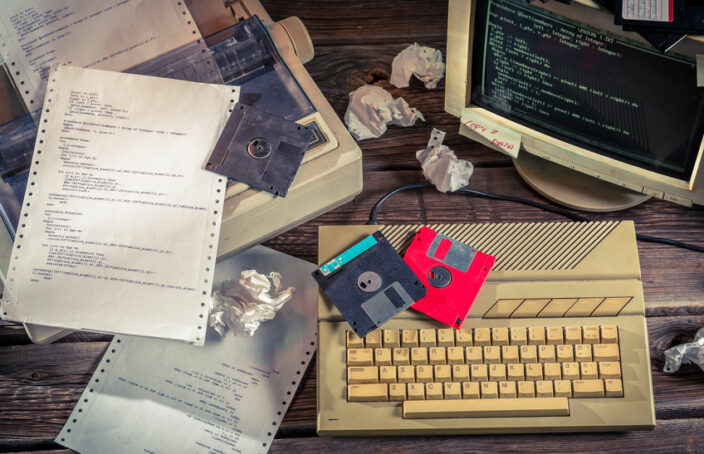 Recently I disposed of a Windows 95 PC, with 95 for 1995, an operating system that overcame the surface of DOS commands in the mid-1990s and visualized the complete usage. This is worth mentioning because the popularization of personal computers and the Internet use now goes back more than thirty years without any appropriate educational-political or curricular response.

On the other hand, it can be observed that pointing out the novelty of the challenges is almost one of the standardized text modules in the discourse on digitization; and in didactics (and in curricular frameworks in particular) ‘new media’ is still a synonym for everything digital. Therefore, it seems necessary to recall some of the more historically distant reflections on the digitization of knowledge and education in cultural studies: As early as in 1979, more than 40 years ago, in his book La condition postmodern. Un rapport sur le savoir, Jean-François Lyotard diagnosed that digitization will change cultural knowledge and the way society and individuals deal with it, and will even present science with the problem of legitimization.

A report in Higher Education

It was almost completely overlooked that this was a didactic document. It was hardly received as such, although this rapport sur le savoir was commissioned by the University Council of the Canadian province of Quebec. In nuce, it contains everything that can be observed in terms of cultural transformations and effects in connection with digitization. In the first chapter Lyotard writes:

It is reasonable to suppose that the proliferation of information-processing machines is having, and will continue to have, as much of an effect on the circulation of learning as did advancements in human circulation (transportation system) and later, in the circulation of sounds and visual images (the media).
The nature of knowledge cannot survive unchanged within this context of general transformation. It can fit into the new channels, and become operational only if learning is translated into quantities of information. We can predict that anything in the constituted body of knowledge that is not translatable in this way will be abandoned and that the direction of new search will be dictated by the possibility of its eventual results being translatable into computer language. The “producers” and users of knowledge must now, and will have to, possess the means of translating into these languages whatever they want to invent and learn. (Lyotard 1984 : 4)

It is very remarkable that here – as early as 1979 – the new, digital quality of knowledge is placed in a direct connection with learning. But beyond that, for the context of school education and foreign language learning, the questions associated with this general diagnosis can be spelled out as follows:

The importance of language

Some of the answers are obvious, but some of them are still waiting for more detailed didactic research – not only in foreign language didactics. In this post, it is not possible to recapitulate all of Lyotard’s writing in all its relevance for school education and foreign language teaching; in fact, Lytoard’s initial hypothesis emphasizes the paramount importance of language and of the discursivity of knowledge, the production of knowledge and its acquisition. His entire theory of postmodernism is basically based on the assumption that knowledge is linguistic.

Of course, from today’s perspective, many of the questions raised by Lyotard turn out to be more central than in 1979; some implications, such as the potential of social networking or the multimodalization of all communication, were, by their very nature, not yet fully apparent at that time. This applies, e.g., to new types of sociality constituted by the numerous so-called social networks on the Internet. More obviously and of fundamental importance for foreign language teaching, however, are the effects on the large field of communication and on the formation of discourses as well as on the power relations manifesting themselves in them. In more detail, these are some of the conspicuous effects:

All of these developments are at least implicit in Lyotard’s report on knowledge, epistemologies and learning. In any case,  foreign language pedagogy has long been obliged – at the latest since 1979 – to take up all these developments, to curricularize them, and to translate them into forms of teaching and learning.