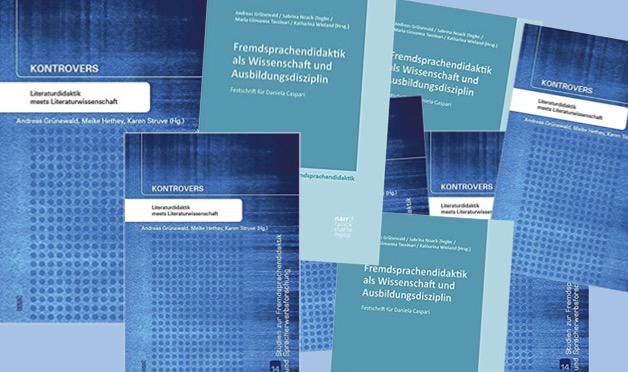 Since the beginning of the 2000s, foreign language didactics in all school foreign languages have established themselves as a discipline at virtually all universities – more or less. At the same time, they have also become more diversified, so that quite a few universities have established both a professorship in language and media didactics and a professorship in literature and cultural didactics. This disciplinary diversification also calls for a reflection on how didactics relate to their respective reference disciplines or, even more far-reaching, to which disciplines references should be made at all. Andreas Gruenewald, Meike Hethey, and Karen Struve organized a conference at the University of Bremen on these questions and published a volume with a variety of position statements. In my contribution I emphasize two things: First, that there is no simple 1:1 relationship to literary studies, but, rather, a whole field of disciplines (media and cultural studies, social psychology, cognitive psychology and others) from which teaching literature in the EFL classroom can draw important insights and approaches. On the other hand, using the example of the multimodal novel and multiliteracies, I emphasize that the sub-disccipline of teaching literature may have a lot of questions, insights, and concepts to offer that may be transferred to literary studies.

Research as a professional competence

In a festschrift for Daniela Caspari, the editors explicitly raise questions of the formation of “Teasching foreign languages as an academic and an educational discipline,” as the title of the volume suggests. Approximately 30 years after its institutional beginning, this volume demonstrates that self-assurance and positioning the discipiine is a concern. Above all, the question is how one can imagine a valid and effective form of educating future teachers in the foreign language classroom. The cultural and medial dynamics of the present imply that teacher education can only operate to a limited extent with secure stocks of cultural, medial and didactic knowledge and skills with which student teachers at the university are equipped and then released into the schools. In my contribution, I therefore argue that future teachers must be able to understand and research cultural, social, and media developments, not least their learners’ lifeworld, but also developments in foreign-language cultures themselves, in a scientifically reliable way. This is why ethnographic research can be considered the method of choice.

German as a second language in school education

Due to current cultural findings, we have long since ceased to assume that German classrooms are only populated with learners with German as their native language. A long period of migration has led to a situation in which German as the language of schooling deserves special attention as a prerequisite for successful school education. Inci Dirim and Anke Wegner have the merit of presenting a volume in which teacher education is also broadly discussed (contributions by Anke Wegner, Christine Heimerer, Klaus-Boerge Boeckmann, Stephanie Falckenstein et al., Franziska Wallner, among others). In my contribution, I take up and adapt the genre approach of the Australian pedagogy of the so-called Sydney School, which has placed familiarity with the basic genres of the language of schooling at the center of its pedagogical response to migration in the Australian society in the 1990s.